Kristi Ross, president of financial media network tastytrade, discusses how her company is targeting younger crowds through a free mobile app, dough, which allows users to get news and information and to make trades on the go.  See How technology is connecting younger investors to the markets in Blue Sky Innovation.

Inside ETFs is the world’s largest ETF Conference. It’s going on now, until tomorrow, in Hollywood, Florida. Generally, it sounds like a love fest within an industry that is exploding. The ETF revolution is just getting started. It’s a 1.7 trillion industry now, set to grow to to 15.5 trillion.  Tax advantages of ETFs are superior to mutual funds due to structure. People tend to pile out of mutual funds in December and into ETFs that same month. It’s a tax-driven strategy to avoid year end mutual funds tax distributions.

END_OF_DOCUMENT_TOKEN_TO_BE_REPLACED 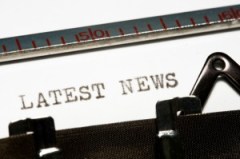 5 Financial Challenges for Veterans and Miltary Families (US News). With frequent moves and the potential for overseas deployment, military personnel and their families face unique challenges when it comes to managing their money and saving for the future.

Remember:  The economy and the markets are not the same (Russell Investments Helping Advisors Blog). Can you guess which country in the Russell Global Index had the best stock market performance this year as of September 2012?

Here’s a tip for advisers looking to standout from the competition. And, before your client enters into a partnership, there are a few things they should consider. Plus, a look at mining stocks. Wealth Management’s Veronica Dagher reports in this video segment.