Miguel Perez-Santalla, Vice President of BullionVault, compiled an All-Star cast to discuss global politics and its impact on commodities markets.  Recent events in the Ukraine have made this an urgent topic.

The special one hour show, available on-demand at BlogTalkRadio, features Andrew Hecht, author of “How to Make Money with Commodities” and an active commodities trader; Dennis Gartman, author of the popular newsletter “The Gartman Letter” and an active professional trader; George Milling-Stanley, gold market veteran and consultant to Central Banks; William O’Neill, commodities veteran, analyst and partner at Logic Advisors.

“Here we are a few days after the standoff in Crimea and people are still concerned about what Putin and his government are going to do,” said Perez-Santalla, introducing the show. “What actually happened in the commodities market and how these political ramifications affect the world we live in, the goods we buy, and how we can take advantage of or protect ourselves from those movements are what we’re going to talk about.” 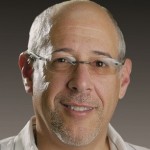 The guests talked about a wide range of commodities markets, economic and political events, and they freely discussed their precious metals outlooks and investment perspectives. You can listen to the show below.

Dennis Gartman said that the events in Ukraine sparked an instantaneous flow of money into gold. Grain and crude oil also saw spikes, on the belief that supplies would be cut off from the Ukraine, which is the world’s third-largest exporter of corn and fifth-largest exporter of wheat. “Interestingly, the Yen got stronger. People may have believed that the Yen was a safe harbor, which I don’t understand,” said Gartman.

Bill O’Neill, who has visited the Ukraine twice in the past 18 months, believes that situation there will quiet down in the short-term but “don’t be surprised to wake up onemorning to hear that there is shooting going on.” 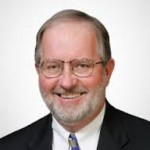 Andy Hecht agrees. “It’s not the end, it’s the beginning,” said Hecht, who pointed out that crude oil has backed off in the past couple of days, although Palladium is still up strongly.“Russia produces 80% of the world’s Palladium,” said Hecht.

George Milling-Stanley said that “investors are still somewhat scared. They’re waiting for an upward trajectory before getting back in to gold. You can say that gold’s had a really bad time because gold’s dropped more than 30% from an all time high. Or you can say that gold is actually performing quite well because it’s building a base that is 5X the level of where it was just a decade ago. I’m inclined to believe the base will remain in the $1150 – $1350 range, a $200 spread, which seems reasonable given underlying fundamentals and without the hot money that drove it up to $1900. The longer we build this base, the firmer the foundation for our next move upward which I expect later this year or early next year.” 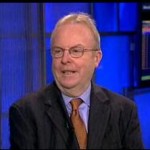 A quick outlook on gold for the next six months:

Bill O’Neill is “not greatly bullish on gold but I think it will probably see a test of $1400 over the next 3-4 months.”

George Milling-Stanley says “I’m looking at buying GLD calls because I’m not sure when we’re going to break out of the top end of the range ($1350). But if we do break out of $1350 I will  supplement my purchase of calls with actually buying some of the shares as well.”

New York Markets Live brings you valuable insight on the markets so you can make smart investing decisions. Live from New York every